Here are some numbers on what went on during the two days:

On the official day of the European Co-Production Lounge, 13 March: 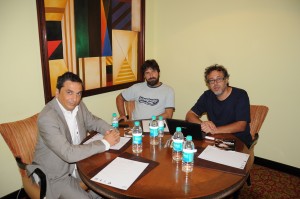 On 14 March, we scheduled more meetings with producers, distributors, and financers:

This year a total of 44 contacts from 7 countries were made at the Lounge, 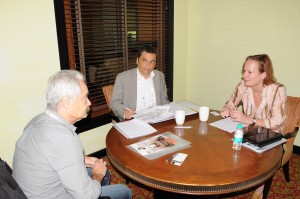 On 13-14 March 2013 meetings between 17 companies from 5 countries were scheduled in total. We matched companies with each other and Kamal Musale and Juliane Schulze scheduled consultations with all of them. Investors and representatives of banks met with us to understand how we can work together, showing deep interest in international content which is co-financed by Indian and European sources.

We had the opportunity to discuss the format and objectives of the Lounge with Kamal Haasan. He confirmed that holding the European Co-Production Lounge also in Chennai would complement the more Bollywood focused event in Mumbai and would help the independent Indian film industry in accessing potential co-producers and distribution from abroad.

This entry was posted in event. Bookmark the permalink.